ABORTION IS NOT THE ANSWER (PART 1)

Oh give thanks to the Lord, for he is good, for his steadfast love endures forever!
Let the redeemed of the Lord say so, whom he has redeemed from trouble
Psalms 107:1-2

Hi my name is Patricia Fennell.  Fifty years ago I was born into what I thought at the time was a loving family. But it really wasn’t until years later that I came to realize how wrong I was. 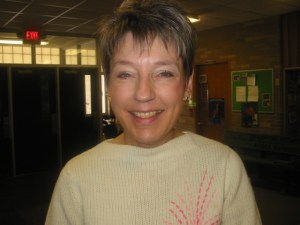 My parents raised my two older sisters and I as best they knew how.  Much later in life my younger and only brother joined the family.  As it was, my father was always verbally abusive towards us and when he got really mad, could be physically abusive too.  His motto was, ‘Hit first and ask questions later.’  For us, growing up in this kind of atmosphere was the norm for us.

My mother, who was not of a very strong character, tried her best to defend us but was not very successful, as we grew older she let too much go on and tried to make excuses for our dad’s behavior.  My dad himself came from a broken home.  His own background was really quite sad.  He never truly knew what real love was and therefore never knew how to love himself, let alone others.  Though much of what took place happened mostly to my older sisters, I saw what went on and was around it.  None of us grew up with healthy self esteem.  We were forever being told we were dumb and stupid.

By the time I was twelve years old I discovered that the Lord blessed me with the gift of singing.   My dad was not a Christian and did not attend church except when we were baptized as infants.  My mother taught us about the Lord but rarely attended church herself.  Ever since I could remember I always wanted to either go to Sunday school or vacation bible school, which I absolutely loved.  So if my family didn’t go with me, I’d either go by myself or take a friend.

I joined the junior choir at our church and later on the adult choir. Once a friend of mine in the seventh grade invited me to visit her church and I was more then willing to go. It was a Baptist church; so different from the Methodist church I grew up in.  The Pastor kept talking about being saved and I didn’t understand what being “saved” meant.  My friend even asked me if I was saved and I honestly said I didn’t know if I was, so later that week I received a visit from a couple ladies from this church. They came in the evening to the house and my dad answered the door letting me know they were there to see me.  So he left us alone in our living room to visit and during that visit they explained to me the plan of salvation and it was there I came to accept Jesus into my heart as Lord and Savior.  I was thirteen years old.   I’m forever grateful for the faithfulness and obedience of those dear sisters in Christ.

It would not be until years later that I eventually made Jesus the “Lord” of my life. When I turned sixteen my mother began to take a major interest in developing my singing.  She arranged for me to start taking private voice lessons.  This was a dream come true because I truly wanted to do this.  By then I would sing whenever there was an opportunity.  My mother was more than willing to help me out.  In a lot of ways she was reliving her youth through me because she once turned down a singing career for marriage and a family.  I came to realize that when I was singing, people accepted me.  It was a form of recognition that I never got at home.  Folks enjoyed the gift that I had and that made me feel accepted and loved, something that was not known in my home life.

Just before I graduated from high school, I was given an opportunity to move out to California to establish a professional singing career by my former voice instructor. In 1968, one month after high school graduation, I left Michigan to live in California with high hopes and a dream.  I remained out there for ten years only to have nothing turn out the way I had hoped. No career, but only broken promises.  What I didn’t know at the time was the Lord had other plans for me.

I stayed in California because I had a good job and I needed to be able to stand on my own; make a life for myself.  I did, but I also got caught up in living a very sinful lifestyle.  Drugs, parties – you name it.  After all folks, I was living in the heart of Hollywood.  I got out of that neighborhood hoping to get away from the lying and hypocritical people I was hanging around with — not realizing that the sinful thinking and habits I had, I’d carry with me no matter where I lived. All the while, still attending church every Sunday morning, singing in the choir and teaching Sunday school as well.  No matter how much I blew it, I knew whatever happened to me I was going to heaven.  I had my insurance policy.